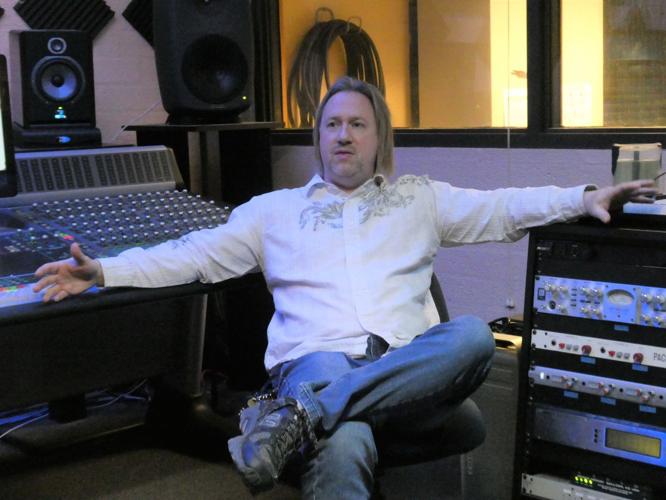 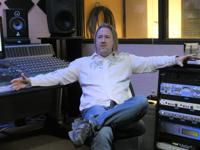 Dan Bush uses all his experiences, including a career as a rock musician, to teach a multidimensional program on navigating the music industry. 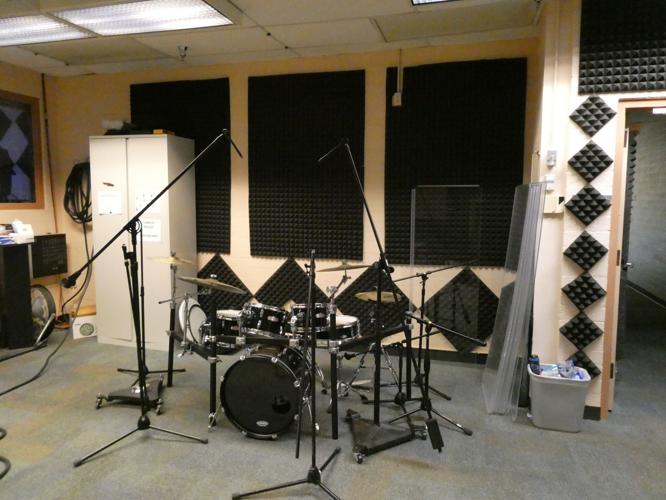 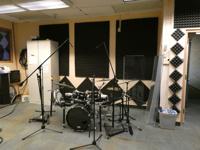 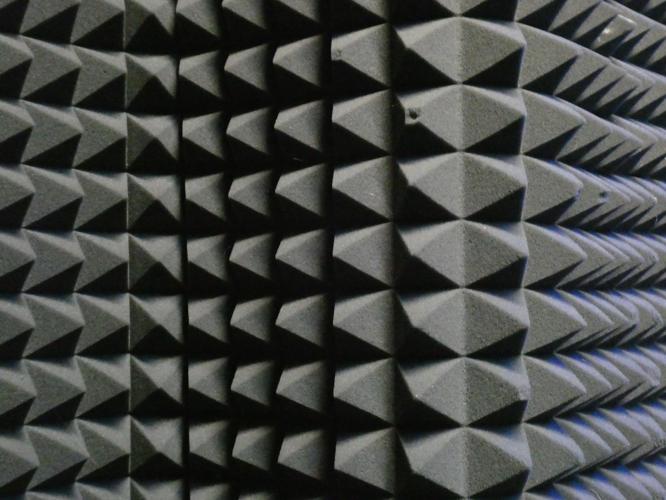 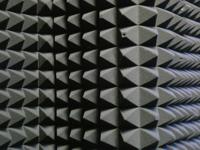 Equipment at CAC’s three studios are state-of-the-art and were purchased with the intent of being comparable to professional recording equipment used in studios in LA, New York or Nashville. 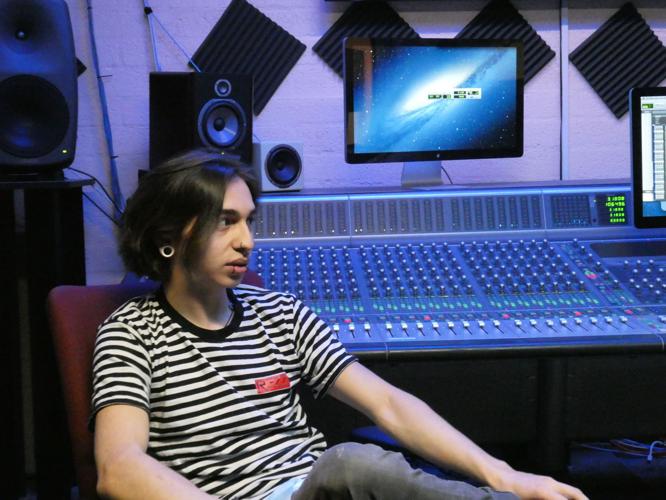 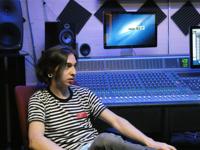 Santiago Arias is a student in the recording engineering program with aspirations to tour with his band “These Are Clouds” or start his own studio some day. 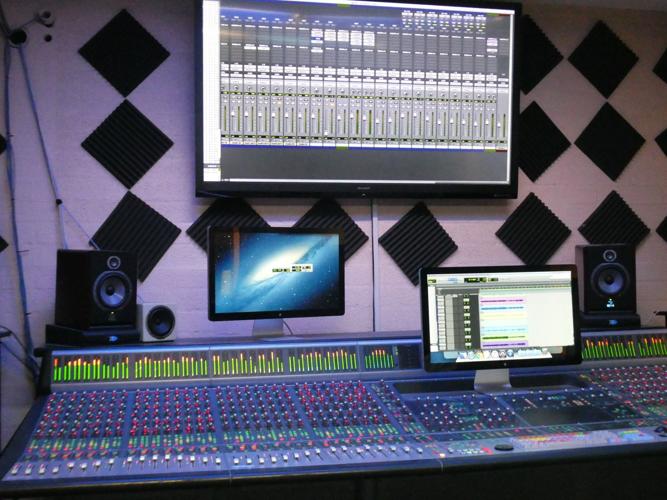 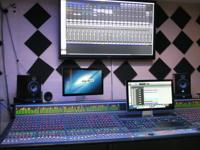 Studio A at Central Arizona College’s Signal Peak Campus has a large 48-track control console. The three recording studios serve as the hub of the college’s Entertainment Industry Technology program.

Dan Bush uses all his experiences, including a career as a rock musician, to teach a multidimensional program on navigating the music industry.

Equipment at CAC’s three studios are state-of-the-art and were purchased with the intent of being comparable to professional recording equipment used in studios in LA, New York or Nashville.

Santiago Arias is a student in the recording engineering program with aspirations to tour with his band “These Are Clouds” or start his own studio some day.

Studio A at Central Arizona College’s Signal Peak Campus has a large 48-track control console. The three recording studios serve as the hub of the college’s Entertainment Industry Technology program.

The recording studio at Central Arizona College’s Signal Peak Campus is a state-of-the-art facility with instruments and equipment that can produce professional-quality sound. But maybe the key component of the school’s two-year Entertainment Industry Technology program is the director, Dan Bush.

Bush has taken all of his experiences, including a career as a rock performer, and incorporated them into a multifaceted navigation of the music industry.

Bush has the students go through it all: entertainment law, music business, marketing and promotion, and some rocking out in the studio.

When PinalCentral visited the studio, Bush was working with some students after a class, explaining different techniques for how to mic up a drum set.

“You can totally do either cardioid facing the drum kit,” Bush said, “or omni if you’re right above it.”

There are three studios at CAC. The largest one, Studio A, has a large 48-track control console. Bush lit up the entire console in “test mode,” with the meters and glowing sound bars going up and down to demonstrate everything is working.

“Basically it looks pretty,” he said.

The three recording studios serve as the hub of the EIT program, designed to prepare students for a career in the music industry. Every student goes through at least the Digital Audio Workstation class to learn the basics of editing and mixing. Even while some students perform, and others capture their sound, everyone learns how to record on a basic level.

Students can pursue several degrees: their most popular discipline is recording engineering, which is what Studio A is used for primarily. Students can also pursue live audio and lighting to prepare for concert work, or a music performance degree, which Bush says “prepares students who want to be in the spotlight, on the stage.”

No matter what they work on, the studios play a key role, with students either learning how to record or how they sound being recorded. The students also have 20 workstations they can use to learn industry standard software like Pro Tools, layering and mixing.

Santiago Arias, a student in the recording engineering program, said his plans post-program are “up in the air” but that he’s hoping to go on tour with his band, “These Are Clouds.” Arias said he does “everything” as part of the band, playing guitar or singing as needed. He released a solo EP last year and got his song put on vinyl, which he signed and framed.

“If the artist thing doesn’t work out, I want to start my own studio,” Arias said.

For Arias, what sets the program apart from others in the Valley — and there are many in the Phoenix area — is not just about engineering; students can work on songwriting or develop business and marketing skills.

Not that the technology isn’t impressive.

Bush has tried to fill the studio facilities with the same kind of equipment that might be used in Los Angeles, New York or Nashville to cut a record for a major label.

“This space is my home,” Arias said of Studio A. “This space gives us a sense of freedom, because thanks to Dan we have too much to work with. The gear in here blows my mind. Even the mics we have, I just like to baby them.”

Bush explained that what separates a good microphone versus cheaper, more generic versions is the engineering that allows it to make sound “as our ears hear it.”

Bush likened a cheap microphone to “driving with dirty sunglasses” in that you can still see but the experience around you is dampened. “It’s like those old Claritin commercials where it’s all fuzzy and then they take the pill,” Bush said. “And the blurriness peels away.”

Bush said he tells students that you “can’t polish a turd” and junky inputs — bad mics, preamps, et al — will ruin the rest of the process.

In Bush’s experience, the general public may not know exactly why something sounds “off,” like a suboptimal compression ratio, but they will know that they don’t like the song. So once audio engineers understand the tools at their disposal, they can deliver the artist’s vision in a way listeners will respond positively to.

Bush himself has a good sense of what audiences like, having been part of a band, “Chaotica,” back in the Nineties. The band, whose music Bush describes as “electronic techno rock” and “evil disco,” released three full-length albums.

Although Bush described his own musician skills rather modestly — he did a little bit of everything, including vocals, piano and guitar, while with “Chaotica” — his sound editing skills helped consolidate his strengths.

“I would play something 100 times and pick the best moments of each time, edit them together, and it sounds like I’m the best piano player on Earth,” Bush said.

Bush took over the program in 2010 after Rick Moore, the former band director at CAC, got the program started and developed the initial curriculum. Then Bush had the studios built, started teaching and hasn’t looked back.

Last year teaching the fundamentals of recording became a major challenge, as COVID forced classes to go remote. Like many teachers, Bush found the pandemic period “terrible.” He ended up having to teach the students via Zoom and having to purchase smaller facsimiles of the equipment.

“I can’t graduate a student who’s never used a mixer,” Bush said. “When we came back on campus I had to get back into it and see if they could apply what they learned online in a studio setting, so it was awful.”

However, Bush noted one silver lining; he now has a cache of video lessons students can use as refreshers or if they are absent one week.

Now the students are back in the studios and able to utilize the recording spaces. The newest piece of gear is an S-316 channel mixer for their Studio C.

“The thing I get most excited about is when a student comes in the program and doesn’t know the first thing about recording,” Bush said. “And then they have that ‘Aha!’ moment while they’re here. And in some cases, even before they graduate, they are working on high-profile projects with big name artists, or they’re being hired at studios.”

During PinalCentral’s interview with Bush, he said he actually had received a text message from a former student who graduated and went on to work for Warner Bros in LA. Another student, whom Bush describes as “a big time LA producer,” visited the studio earlier that week.

“I failed him in his recording class because he didn’t start his project on time,” Bush said. “And now after he learned his lesson, he’s a big shot producer. He brought a contract to me to look over.”

Aaron Dorman is the Casa Grande reporter at PinalCentral, covering government, schools, business and more. He can be reached at adorman@pinalcentral.com.