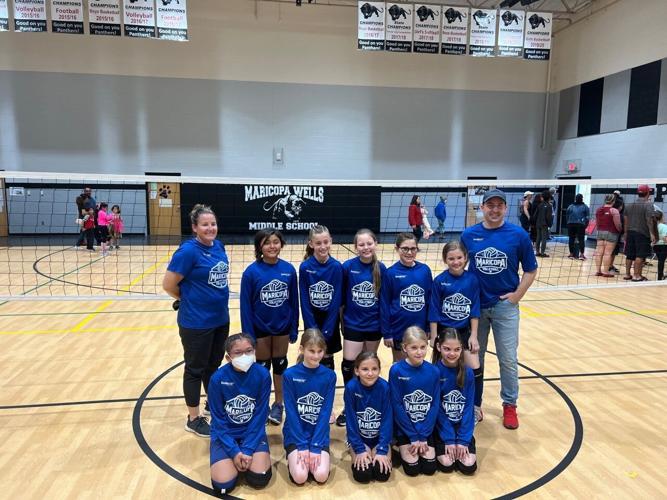 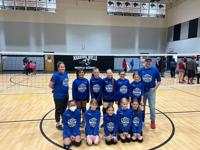 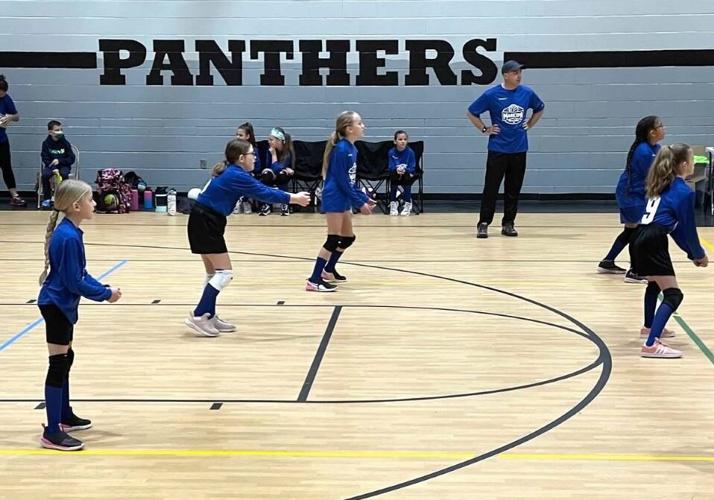 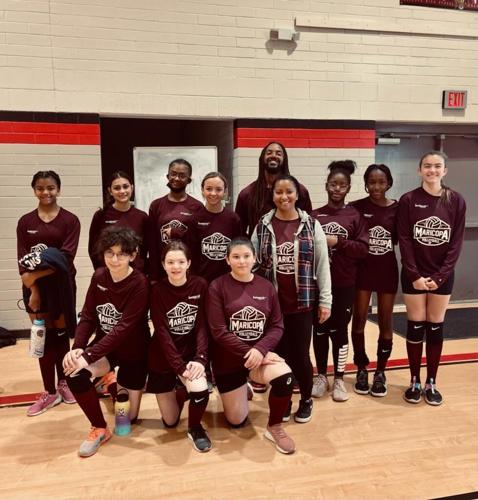 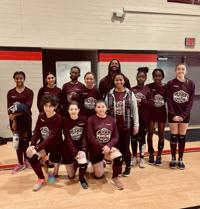 Titana Tayes (in the gray jacket) is starting her volleyball coaching journey.

Titana Tayes (in the gray jacket) is starting her volleyball coaching journey.

She loves the impact she has on the youth, whether it's coaching it or now running the program. She enjoys boosting the girls' confidence like when they do a cool play and acknowledging them for their efforts.

Youth volleyball is only for girls right now. Ages 8-17 can get involved.

An account through Active Net is created, then they get signed up on the Copper Sky website to participate in the sport.

The youth summer volleyball program is for those who want to enhance their skills. The environment encourages all the players to have good sportsmanship and learn teamwork.

They will learn how to set, bump and serve throughout the season. They receive socks, a jersey and an end of the season party.

This recreational sport teaches the basics of volleyball for those who weren't able to make a school team or club or who want to learn more about the sport. It gives them the opportunity to get involved in more competitive sports later on.

This five-week league has practices two times a week, starting the week of May 30 at various elementary schools. League games start June 11-30 at the Maricopa High School.

Game times vary from the morning to the early afternoon depending on how many teams are in the league.

Antone believes it's important for coaches to teach players how to compete while having fun. They help teach the kids good work ethics and not giving up when they don't get it right at first. This sport has many life lessons for the girls to learn.

"It helps the girls with their self-esteem and creating new friendships," she said.

Early registration for volleyball is through April 24. It costs $56 for Copper Sky members, $70 for residents and $90 for non-residents.

Regular registration is from April 25-May 7. It costs $64 for Copper Sky members, $80 for residents and $100 for non-residents.

These costs cover a uniform, seven league games, two-one-hour practices per week and a team party or participation gift at the end of the season.

Coaches encourage teamwork and camaraderie by having ice breakers during the first week of practice and pairing the girls with different partners each time, so they get to know each other. It's important for them to praise one another and not get down on each other, especially themselves.

Antone says this sport benefits the community by bringing them together in a fun and friendly atmosphere, creating quality family time and a healthy lifestyle and a safe outlet for the girls.

"For me, sports is my life," she said. "I can play every single day, but it's something that I love. It saved my life. It's having the opportunity to give the other girls in volleyball a chance to participate in it."

For those who would like to coach, there's always a need. It's an opportunity to make a positive impact through a sport they love.

There's also always a need for referees. It's open to those who enjoy playing volleyball and want to make some extra cash.

This is Titana Tayes' first season as youth volleyball coach. She watched videos to help her know what to do. She created some drills and practice ideas and wrote them out for the kids to do twice a week.

Her daughter wanted her to get involved with the sport, so she told her she'd try it out.

It's good for kids to be involved in sports and being a bit competitive helps them grow and work as a team. This can be a positive influence in a child's life and give them something to do.

"I like seeing the growth from the first practice to the end of the season is really cool because every single girl grew in some way," Tayes said. "It was also cool to see them really be focused on a certain skill and really try to improve on it and coming together as a team. At first, everyone's new and they don't really want to talk to each other, then at the end of the season everyone's friends and keeps in contact after the season."

Tayes encouraged them all as girls to work on getting along and encourage one another. Since they're a team, they need to act like one.

Youth sports are in need of coaches for every sport. She encourages those who want to help coach by sharing some of her experiences.

After every practice, she always felt happy and excited to see the girls grow. She was nervous to coach at first, but after every game and practice there's an adrenaline rush; their energy was contagious.

Tayes feels it's a good and fun experience to coach, especially if they have a child in the sport, they can see a different side to their family member. For Antone her daughter, it was a "good bonding moment." It's something she wants to keep doing.

She hopes the girls learn they can push themselves and if they work hard, they can achieve their goals.

Craig Ward, youth volleyball coach, makes sure to engage the kids since they learn at their own pace. It can be 50/50 for those who have and haven't played the sport before.

He has the older kids who have played before help teach the new kids to developing their leadership skills. He coaches ages 8-10.

Ward is up front and honest with his volleyball abilities. He's coached for two years and does the best he can to teach them what he's learned. He learned over the past few years watching his daughter play volleyball along with watching YouTube videos.

His daughter has played sports for years. Last year, they signed her up for summer volleyball and her coach had never played before, but decided to coach because there was a need.

Ward thought this was something he would like to help with as well if there was a need again. Now, he's taking the opportunity to coach.

It's only a few hours out of his schedule and it's a "very rewarding" experience.

He likes to keep the parents in the loop as to what's going on. He uses an app where he posts the practices and game schedules, snack signup, when photos are and other important events.

"I think the parents are very appreciative of people taking the time out of their day to coach their kids and give them a safe environment and not have to worry about school, just go out and have fun," Ward said.

He hopes the kids learn to get out of their shells, be kids and have fun. When kids who've never played before make a goal during a game, he sees their excitement and confidence grow.

It's a team sport, but also an individual sport too when it comes to growth.

He teaches them cheers and chants to build comradery and team work. Whenever a team scores a point, whether it was their team or not, they'll come together and give each other toe taps instead of high fives. This idea originated during the start of COVID-19.

Like Tayes, he enjoys seeing the progress each kid makes from the start to the end of the season.

On his end, he makes sure to do the most and the best to help the team have fun and learn how to play.

"If I could encourage more people to do it, it's not that hard, it's fun, it's very rewarding," Ward said. "I'll continue to do it as long as I can because it's a blast. You get to meet a lot of really cool people from the kids to the parents."

These kids get the chance to make new friends and stay active.

He really appreciates those at the city working with him to make sure things run smoothly.

The youth summer basketball program is indoors where they learn basic basketball fundamentals. It's a five week season starting the week of May 30 with games from June 11-30 on Saturday mornings and afternoons depending on the amount of teams in the program.

Those in the program will learn how to pass, team chemistry, dribble, shoot and offense and defense.

There's two practices per week at various elementary and middle schools. The coaches will contact the players for practice days and times.

Those ages 4-16 can register. The age divisions are determined by age on May 31.

Early registration is from March 21-April 24. It costs $56 for Copper Sky members, $70 for residents and $90 for non-residents.

Regular registration is from April 25-May 7. It costs $64 for Copper Sky members, $80 for residents and $100 for non-residents.

Kimlye Stager covers Maricopa and the surrounding area for PinalCentral, including city, education, business, crime and more. She can be reached at kstager@pinalcentral.com.